All students went to the 3rd round. Students solved complex situational problems in obstetrics and gynecology in 3 minutes, answered blitz questions on the task. 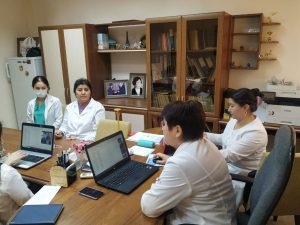